Tim O'Callaghan has been a UK-qualified architect since 2008. He studied at Oxford Brookes University, the Bauhaus University in Weimar and the University of Westminster where he was the recipient of the RIBA CLAWSA prize for best design project and the RIBA dissertation prize for his dissertation on CenterParcs.

In between this, Tim worked with OMA in Rotterdam as part of the team for the colossal CCTV building in Beijing and on an urban masterplan for an area equivalent to 20% of the Netherlands.

After completing his education, Tim joined Popularchitecture (now Teatum + Teatum) in London working on a number of significant private houses as well as several competitions. Following this, he worked with David Chipperfield Architects in London where he was a member of the competition winning scheme for Perm Opera House in Central Russia

Most recently, Tim was Senior Architect at RCKa and project architect for the TNG Youth Venue in Lewisham (winner of a Civic Trust award, National RIBA award ) which has attracted international recognition and was shortlisted for the 2014 Stirling Prize and Mies van der Rohe prize. He was also project architect for a number of RCKa's most significant projects including Open Eye Gallery in Liverpool, Meadow Street Housing in Preston (Winner of Housing Design Award 2011) as well as helping the practice grow in a spectacularly short time to become one of the most recognised young practices in the Europe.

Tim is now director of nimtim architects in London who have already achieved international success with a runners up prize for the competition to design new housing on the island of St Helena as well as securing a number of significant private commissions in London.

Teaching is very important to the practice, and Tim is a first year degree tutor at Univerity of the Creative Arts and has been a guest critic at University of Westminster, Oxford Brookes, Central St Martins and the Royal College of Art. 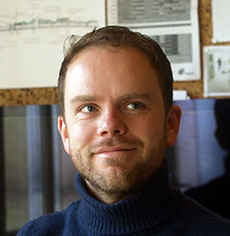