To develop an innovative approach to teaching students about the possibilities within architectural practice and support our students to develop different skill sets and explore alternative career pathways within the industry. I will also endeavour to foster interdisciplinary collaboration across built-environment disciplines and aspects of business management, arts and communication design within the University of Reading that relate to architecture.

"The Making of Modernism; The Smithsons and the Economist Building" Architects' Journal  (21 November 1990)

I trained at St Martins School of Art, Cambridge and the Harvard Graduate School of Design.

My career path has been characterised by a willingness to change direction at key points and to work across disciplines.

For ten years (1980-90) I was a partner in the highly-respected award-winning practice Greenberg and Hawkes, specialising in largely residential and small public sector, low-energy and highly crafted buildings.

In 1990 I became Editor of the Architects' Journal. This gave me a unique window into the practices and lives of architects and their role in the construction industry. I also increased circulation markedly amongst architect's co-professionals and won a clutch of business journalism awards.

In 1994 I was invited to become a partner of Frank Duffy and John Worthington at DEGW, where I ran the architecture and interior design group. I led a number of major master planning projects, including the MoD in Whitehall and the V&A FuturePlan, a headquarters project for Boots the Chemist and contributed to DEGW's research and publications. It was here that I became more interested in cultural space rather than the workplace that DEGW had so pioneered.

In 2000 I became the founding director of Metaphor. At Metaphor, I have worked exclusively in the cultural sector, in major museums and across the world. I have also partnered with leading architects including Daniel Libeskind, Heneghan and Peng, Eduardo Souto de Moura and Stanton Williams.

I have previously taught both First Year and Diploma Studio at the University of Cambridge, the University of Nottingham and the Bartlett at UCL. More recently I have taught in departments of culture and heritage, most notably The Scuole Normale e Superiore in Pisa and for many years in the Department of Museum Studies at the University of Leicester. I have given masterclasses in museum making for the British Council in Bangkok, Buenos Aires, Malta, Skopje, Hong Kong and Santiago. In 2014 and 2015 UNESCO invited me to advise the Ministry of Culture Youth and Sport of South Sudan on cultural projects. 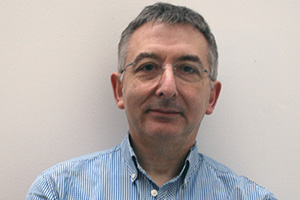