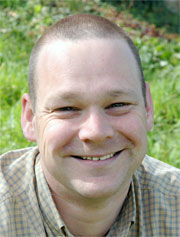 Rob is happy to discuss proposals for future postgraduate research in any areas of Palaeolithic archaeology, in particular: Lower and/or Middle Palaeolithic hominin behaviour and lithic technology, GIS applications, and experimental archaeology (esp. focusing on tool use or lithic assemblage taphonomy).

Rob is currently co-leading (with Dr Rob Batchelor, Dr Hannah Fluck and Dr Chris Green) a Historic England-funded project, Curating the Palaeolithic, the goal of which is to produce clear and accessible new guidance documents that will advise curators, Local Planning Authorities, consultants and contractors in the management of the Lower and Middle Palaeolithic resource.

Rob recently completed, with Dr James Cole (Brighton University), an AHRC Network project: Coping with climate: the legacy of H. heidelbergensis. This AHRC-funded research network addressed two fundamental evolutionary questions: firstly, what were the ‘globalising’ adaptations of Homo heidelbergensis and other early European hominin species (Homo antecessor and perhaps also Homo erectus), which existed prior to the Neanderthals and our own species, Homo sapiens? Secondly, how have those ‘globalising’ adaptations contributed to the evolution of later species’ abilities (i.e. Homo sapiens and the Neanderthals) to manage climatic and environmental challenges (both past and present)? The project's workshop has led to a virtual special issue in Quaternary Science Review. The project also produced some Palaeolithic (early prehistory) resources for schools: http://blogs.brighton.ac.uk/copingwithclimate/resources-for-schools/

In recent years Rob has completed new papers on handaxe variability ('Less of a bird's song than a hard rock ensemble') with James Cole and John McNabb, and the chronology of the Lower Palaeolithic occupation of Europe, with James Cole. His new book exploring the European early Palaeolithic from the perspective of a 'year in the life' is currently in press. Rob’s other significant recent publications are a paper on the challenges of Palaeolithic survival in mid-latitudes (Hosfield 2016), a site monograph on the British Lower Palaeolithic site of Broom (Hosfield & Green 2013), and an edited volume in honour of Prof. Clive Gamble (Coward et al. 2015).

Rob’s other projects have included:

Rob was involved with the South West Archaeological Research Framework (SWARF), acting as the period convenor for the Palaeolithic and Mesolithic, and has also contributed to the Solent-Thames Archaeological Research Framework (the Lower and Middle Palaeolithic archaeology of Berkshire; Wenban-Smith et al. 2014) and the Buckinghamshire and Milton Keynes Terrestrial Minerals Resource Assessment.