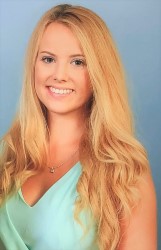 Changing Social Relations and the Making of an Early Medieval Kingdom: People and Pottery in Anglo-Saxon Kent AD 450-850

Through the study of pottery, my research aims to further the understanding of the formation and consolidation of the Early Medieval Kingdom of Kent, and the complex transitional periods of the 5th century Germanic migration and the 7th century conversion to Christianity. The project is influenced by socially-informed theorical perspectives and offers a novel methodological approach.

My research primarily examines the pottery assemblage generated by the Royal and Monastic settlement of Lyminge, Kent, in comparison to key settlement and cemetery pottery assemblages from elsewhere in the region. The project provides new insights into the cultural, social and economic development of Early Medieval Kent through the perspective of people's every-day objects.

This is a joint project with Cardiff University funded by AHRC SWW DTP, with support from Historic England.

My MA dissertation re-examined and offered a nuanced interpretation the material culture of the Tudor Palace of Nonsuch; this led me to form a deep interest in pottery studies and the expression of social and cultural identity through utilitarian objects and was the impetus to my PhD project.

I have several years of experience in fieldwork archaeology on both commercial excavations (at Cambridge Archaeological Unit) and a number of research excavations both in the UK and abroad, where I have held roles of including Project Supervisor and Assistant Project Director (Lyminge Churchyard Project 2019).

Prior to commencing my PhD, I work as a Museum Head Curator and Heritage Manager. Since starting my PhD, I have achieved Associate Fellowship of the Higher Education Academy.