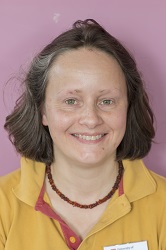 The role of sarsen stone in southern Britain: An archaeological and ethno-historical approach to an ancient industry

Sarsen stone is found in various locations across southern England. It played an important role in the building of some of Britain's great prehistoric monuments, including Stonehenge and Avebury in Wiltshire. It has been significant to communities from the Neolithic to the present day, employed in the manufacture of portable tools; used in both prosaic and monumental building; and as a key component of landscapes which today are managed in reference to sarsen's geological, ecological, and cultural importance. Yet unlike other stone types, sarsen has attracted little research in its own right. Invariably characterised as a local stone, its extraction, transport, use, and disposal, have not attracted the same kind of theoretical attention as other 'exotic' rocks. In order to redress the balance, this research aims to contextualise sarsen as a material rather than as a monument. Funded by the AHRC through the South, West and Wales Doctoral Training Partnership.

I have several years' experience working in the heritage sector, specialising in archaeological archives, aerial photography and heritage protection. Currently, I work for Historic England, the UK government advice agency on the historic environment.

My special interests include technology, experimental archaeology and GIS. My extensive public archaeology work includes landscape walks, talks and support for local museums and heritage groups, including volunteering with the Young Archaeologists' Club.