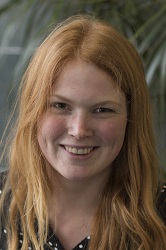 I investigate the first steps of animal management in the Eastern Fertile Crescent. I study both animal bones and apply traditional zooarchaeological methods and isotopic analysis.

The transition from mobile foraging and hunting to sedentary farming and herding is one of the most significant changes in the history of humankind. It has been indicated that this shift was a long a slow process, which happened over several millennia rather than a sudden change. Yet little is known about what the first steps of animal domestication exactly involved.

My PhD project is part of and funded by the ERC funded MENTICA project, investigating the Neolithic Transition in the Zagros Mountains. I am studying material which is newly excavated by the MENTICA project as well as material held by museums.

I am also very interested in outreach. I've worked and volunteered at various museums and outreach events. I've been a tour guide at the Dutch National Museum of Antiquities and in a historical park.