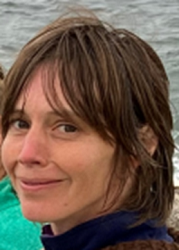 Anwen Cooper is currently working as Project Officer on the University of Reading-led, AHRC-funded Boundary Objects project. She is interested in the Bronze and Iron Ages of north-west Europe (with a particular focus on the British Bronze Age), interpretative approaches to material culture, landscape and archaeological practice. Following ten years of fieldwork (survey and excavation) from 1996-2006, her PhD offered a multidisciplinary perspective on research in British prehistory over the last 40 years.

In recent publications, she has explored archaeological ‘big data’, matters of time and scale in English landscape archaeology, and understated burial objects. Alongside her work (part-time) on the Boundary Objects project, Anwen is currently a Senior Researcher at the Cambridge Archaeological Unit and a postdoctoral researcher on the Leverhulme-funded Ebb and Flow Project (University of Oxford).