Nigel Richards retired in 2016 after a 40 year career in banking and since then has been a Non-Executive Director of Union Bank UK PLC, the UK subsidiary of a West African bank where he chairs the Risk Committee. Nigel is a Director of Standard Chartered Trustees (UK) Limited, the Trustee of Standard Chartered Bank’s pension fund where he chairs the Administration & Risk Committee. His career started in the UK with National Westminster Bank before moving on to Standard Chartered Bank where he spent 29 years in a variety of senior business, risk, audit and governance roles. He has worked in several countries in Asia and Africa and visited over 50 more on business for the bank. His final two years were spent as the Head of the Wholesale Bank, Western Hemisphere for the National Bank of Abu Dhabi.

Following completion of his professional banking qualifications, he completed the Institute of Bankers Postgraduate Diploma in Financial Services before going on to take an MBA in Banking Management at the University of Exeter. He was made a Fellow of the Chartered Institute of Bankers in 2000.

He is married with two adult children and lives locally in Wokingham. He is also Chair of the University Audit Committee. 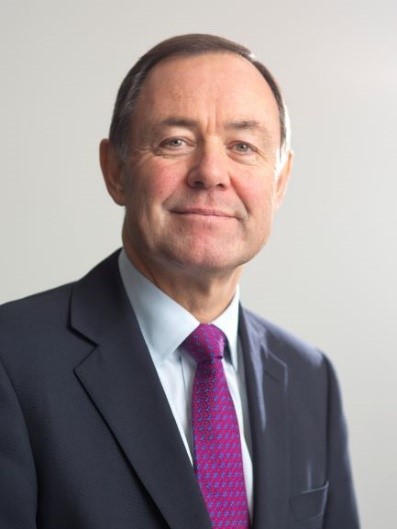